We are pleased to inform you that an KPIT has been featured in an article published under strategy section on ET Prime, a prominent business publication in India.

Some excerpts from the article:

With tech companies from Apple to Alphabet looking to develop electric and self-driving cars, auto behemoths from BMW to General Motors are scrambling to protect their turf. KPIT Technologies sees itself as a “software integrator” for car companies and one of the few stand-alone automotive ER&D (engineering R&D) companies in the world

unlike IT, scale does not matter, capability does, and in that KPIT is ahead of the curve.

The market certainly seems to be backing its plans. KPIT’s stock has risen five times in the last year, outstripping gains in the IT index, even though the pandemic hurt its top line

In previous years, there had been only three or four large deals. Of the three automotive-related large deals in FY21, two were won by KPIT and one by Wipro

“The company realized early on that everything in manufacturing would become ‘intelligent’ and that automobiles would be the foremost segment going through this transformation.” – Kishor Patil, CEO KPIT “With trends moving towards electric, electronic and connected, there is a better opportunity to leverage the knowledge of the Indian companies,” says Wolfgang Bernhart, senior partner at consultancy Roland Berger.

“For the established companies, we say that we can help them on their CASE (connected, autonomous, sharing, and electric) journey. For the disruptors, we can help industrialise their software production. They have typically not produced at scale,” says Sachin Tikekar, President, KPIT.
To read the full article click here. 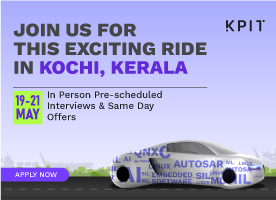 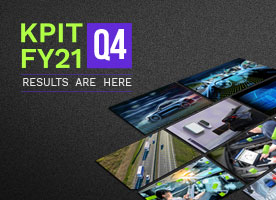 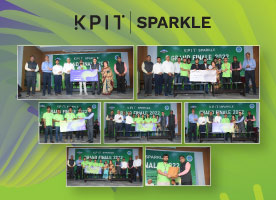