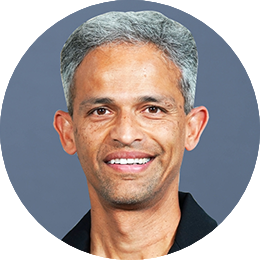 He is also the founding member of the Bhau Institute of Innovation, Entrepreneurship and Leadership in Pune and is an investor and advisor to Campfire Labs (acquired by Groupon), flutter.io (acquired by Google), Bash Gaming (acquired by GSN), Shoptimize, PayActiv, Viewics (acquired by Roche), Jombay, Mezi (acquired by American Express), Zeni.ai, Climate.ai, Genies, Matician, and the US second division soccer team, Oakland Roots, among others.

He has been the recipient of the Lifetime Achievement Award from College of Engineering, Pune, the Institute of Electrical and Electronics Engineers‘ (IEEE) Best Paper Award in Transactions on Semiconductor Manufacturing and the Berkeley Distinguished Pioneer Award. He has to his credit more than 20 conference papers and more than 60 issued patents.